MvC2 is across many platforms there is no excuse not to have one or let alone never to have played it. 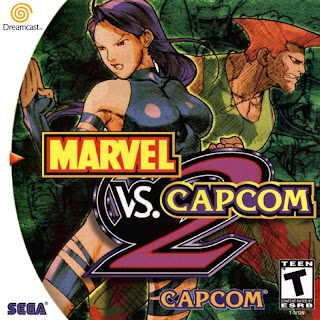 Marvel vs Capcom 2 is probably one of the best fighting games out there. There are a total of 56 playable characters; 28 from Marvel and 28 from Capcom which means there's something for everyone. It has been released across 5 consoles, 6 if you count arcade. The Sega Dreamcast where it made its debut to home consoles, PlayStation 2, Xbox, Playstation 3 and Xbox 360 via DLC. 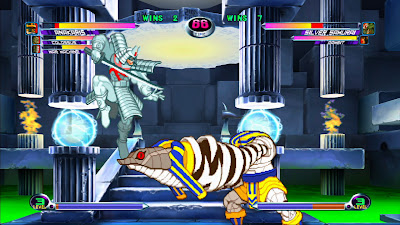 The Dreamcast version however is known to be the most faithful of all the ports because it comes close to what the Arcade had to offer and it is also the cheapest and easiest to find since there are many copies available. Because of the short supply of the PS2 and Xbox versions both versions skyrocketed in price but with the Download Version's there's been a huge price drop. I got my PS2 version for only $34. In this review I will look across the Dreamcast Version, PS2 and PSN Version. 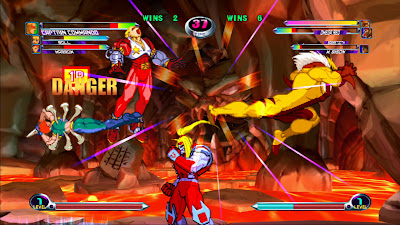 So to those of you who do not know there is a story behind Marvel vs Capcom 2. I know I was shocked to find this out myself too. When the earth and everything on it begins to die, Ruby Heart traces the source to an evil being known as Abyss, the Armor of Erosion. She summons the greatest heroes to her airship to find the being. Not the best stories but if it means we get to do some ass kicking between both Marvel and Capcom I'm aboard. 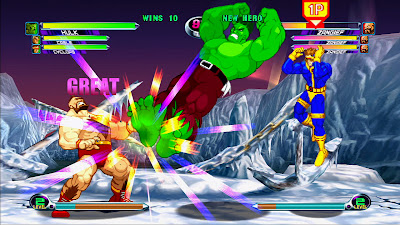 Fighting occurs on a 3vs3 type match ups between several stages. Each character has their own attributes or specialties if such as: Anti-Air, Ground, etc. These attacks are for assisting the character who is in the fighting ring. Each character will continue to fight until they are knocked out or if you swap out characters. This method can help heal your wounded characters if they have a red bar on top of the yellow bar which serves as your health. 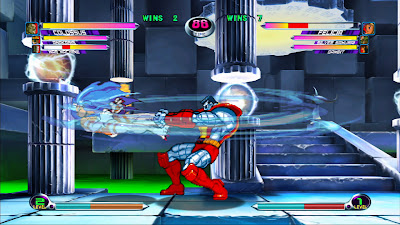 Each character has their own specialty and they are classified by 3 categories as in other fighting games and those are: Light, Medium and Heavy with light characters able to move faster but are weak and heavy characters move slow but are strong. All characters have a minimum of 2 Special Combos with some having 3 and up to 4. Akuma being a good example of that. 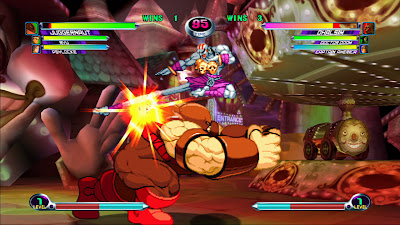 What's great about Marvel vs Capcom 2 is even though it's easy to execute moves, you still need to practice to become good at it otherwise your competition will mop the floor with you. The best strategy to win matches is to learn air combo's as you can deal a lot of damage and you're opponent will practically be defenseless. You also need to be creative in choosing your team and mastering their different moves to your advantage. 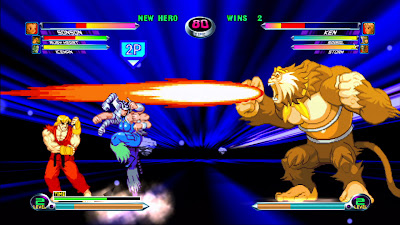 Most special combos are executed via Down, Forward and one or both Punch buttons. Down, Backwards, Kick Buttons. Calling for assistance is both the L and R trigger which summon your other playable characters for the match to assist you by healing, trapping or attacking your opponent. You have to be careful when calling your allies though as calling them on the wrong time will expose them to attacks and even run the possibility or being knocked out. But beside that the controls are really simplistic although if you want to have the full experience you can use an arcade stick which is available for all consoles. 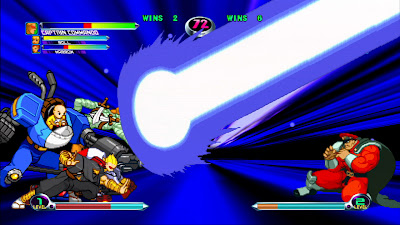 Graphically all versions are the same except for the PSN and Live versions as the backgrounds have been redesigned to HD. MvC2 follows the traditional 2D fighting style which has been the right format to use since fighting games first appeared and it's still widely used as it is the best way to fight opponents without them running away. There are no downtimes when playing MvC2 as gameplay flows smoothly throughout the game. This gets rid of any unnecessary complaining and whining from people who lost and don't want to admit it. 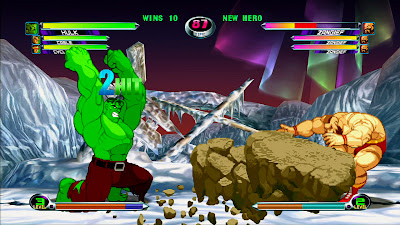 The sound effects and voice over is also great as each character has their own distinctive voice. The music could have been better and it can get boring listening to it but you're not playing this game for the sound track. Best thing to do is turn the Music down, plug your MP3 player to a speaker system and crank it up. 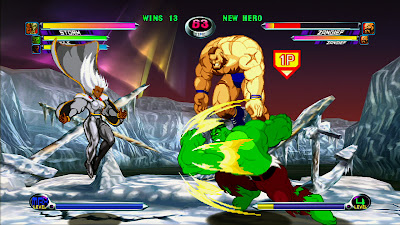 The Dreamcast, PS2 and Xbox versions all extra characters unlock and if you want to unlock them all you will have to work your ass off to earn points and purchase them. You can also purchase different outfits as well as different colors for some of them. Points are earned when you play Arcade mode, Multiplayer mode heck even Practice mode. This adds a lot of replay value to MvC2 and once you have everything unlocked you will want to guard that Memory Card with your life. What sucks about the PSN and Live Versions is all characters come unlocked from the get go. For many people this might be OK but for some it's better if you work at unlocking all characters so you can see the fruits of your labor. 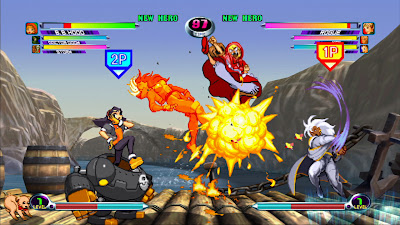 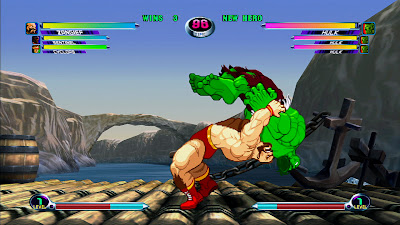 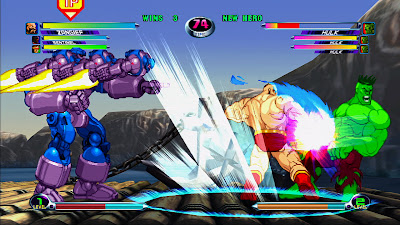 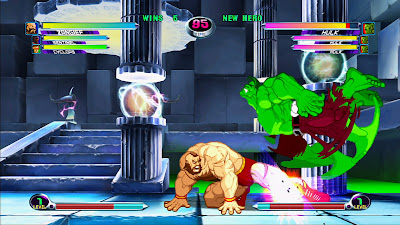 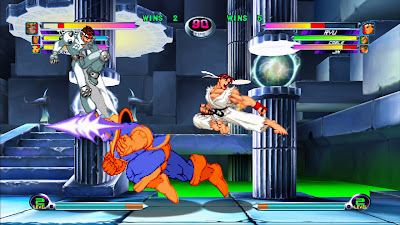 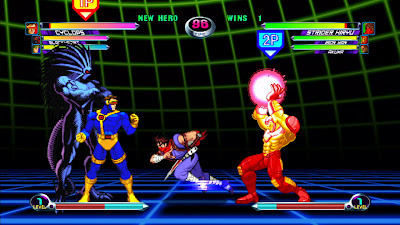 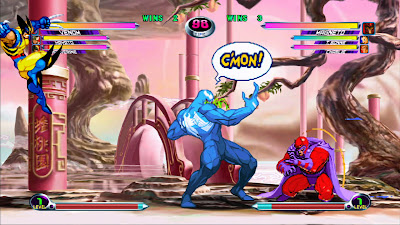 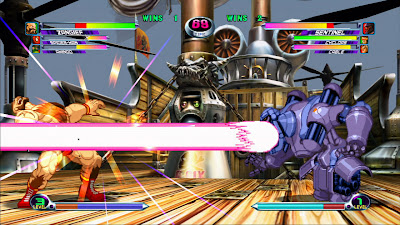