You can complain about your Birthday presents as much as you want but that's nothing compared to what the Protagonist of Pandora Hearts gets for his. 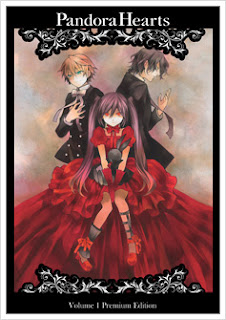 Taking some elements from Alice in Wonderland, Pandora Hearts takes viewers through a rollercoaster of events that is sure to keep you at the edge of your seat guessing. The story is based on Oz Vessalius who just turned 15 and is now considered an adult. For the crime of being born Oz is sent to the Abyss where he is locked away for 10 years but to him it feels only a few days. And you thought your birthday sucked! There he signs a deal with a Chain who gets him out into the back into the real world where things are no longer what they once were 10 years ago. 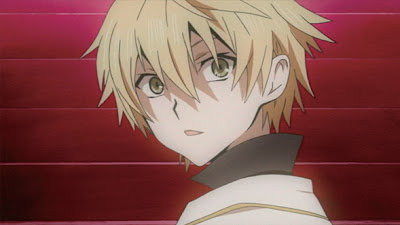 The first thing you notice when opening the DVD is it's in the same style as Toradora! and Persona. Pandora Hearts comes with a book where it tells you a bit about the characters as well as Art and a comic based in Wonderland. This is a nice addition to the DVD since it doesn't spoil anything from the series and gets you excited on the events to come. The DVD's are in a nice box that can be displayed anywhere in your home if you are a collector. 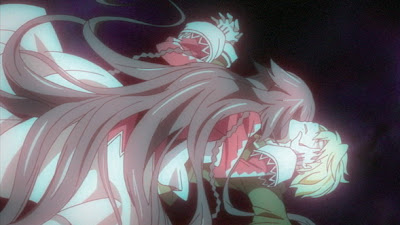 The story takes place in the Victorian Era. The anime seems to have been inspired by Alice in wonderland as there are many borrowed elements. One element that is notice in the beginning is the watch which resembles the watch carried by the Rabbit in Wonderland but sees Oz taking it from a grave. Later on as the Anime continues you will get to see other elements such as the Rabbit, The Cat and the Mad Hatter. At first you will not see them but as the story continues you will see who they are and what they do. 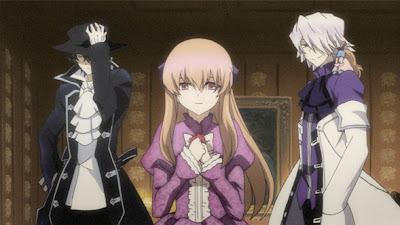 In the beginning 4 episodes it is described who Oz and Gil are and the events that lead Oz to the Abyss. There he makes a deal with a Chain who has lost her memories. Alice makes a deal with Oz that if he helps her get her memories back she will free Oz from the Abyss. Oz agrees to this deal and they both leave the Abyss. These episodes I would have to describe as the slowest in the series as it is setting up for the main plot. However while they are slow they are vital to the story and if you skip you might as well skip the whole series. 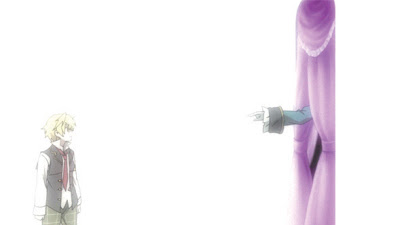 The following Episodes talk about what Chains are and lead to a few events as well as Oz meeting up with an old friend but does not know who he is at the time and is known as Raven. Because Raven doesn't trust Alice, he seals her power which prevents her from transforming. This leaves Alice open to many attacks if Gil is not available to unlock her powers but at the same time is used for some comic relief in a few episodes. 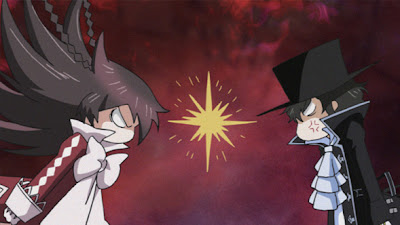 The first 13 episodes will focus on the 3 main characters which are: Oz, Alice and Raven. The 3 are guided by a mysterious man named Break who works for the Pandora organization but has his own agenda. He sends Oz, Alice and Raven on missions with promises that they will find shards of Alice's memory but sometimes will get into trouble. However despite all the trouble they go through they do learn about what Chains are and how it affects humans. 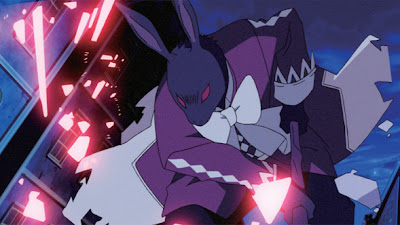 The first 10 episodes set up the events that follow in  episode 11 - 13 which is where things start to get exciting. Alice is sucked into Wonderland along with Break and there Alice starts to explore her memories. Oz and Raven follow but soon get separated as the Cheshire Cat attacks both of them but gets rid of Raven leaving Oz all by himself. While in Alice's memories you get to find out the events that happened a long time ago and how they tie into the events that are currently taking place. 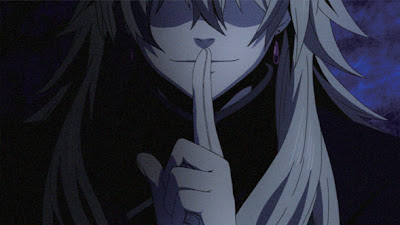 I always loved the Japanese voice actors in Anime's but I wouldn't mind if they actually transition these episodes into English but only if the right voice actors are picked. The Japanese voice acting is spot on though to the character and it doesn't feel out of place. For the opening scene I don't think there's a better song they could have chosen to open the Anime. The first time you hear this song you will be trying to find it so you can listen to it on your MP3 player. Yes it's that damn good. 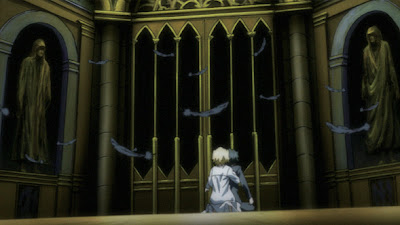 As for extra's of course it is lacking but it does have a few shorts that feature the cast of Pandora Hearts playing different roles. It is very comical yet strange at the same time you just can't help but laugh and question who Raven really is. The clip is introduced by a member of the cast and then a short story plays  followed by what will happen the next 3 episodes.
Closing Comments:
Pandora Hearts is a very unique anime that blends the elements of Alice in Wonderland while telling a different story. These elements will not foreshadow the anime itself and if anything you will be sucked in more into the story that notice anything else. The anime will suck you into the suspense of the scene only to be broken by a little comical moment which will leave you laughing in the end. Pandora Hearts is definitely an Anime worth checking out and I literally cannot wait for Vol2 to come out.