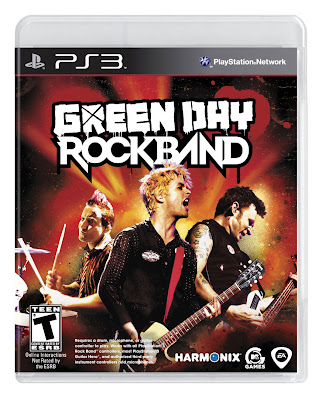 There are many things in the world that are not a shade of grey. What that means is either you love it or you hate it. There is no if, ands or buts about it. Of course some people might give it a try and they might enjoy it, but that seems highly unlikely. I'm talking about Music of course and when it comes to music, people enjoy all kinds of it. Music is personal and when listening to it you don't care what people think about it.

Greenday: Rockband or Rockband: Greenday however you want to call it, is just that. The latest addition to the Rockband family Greenday features songs from all across the bands performance from entering the scene to stardom. The game features 47 Songs from the Greenday plus additional Downloadable.


Just like Rockband 1 and 2, GDRB follows the same gameplay style as it's game counterparts. The formula hasn't changed much but that doesn't mean it has become boring. You get to select an instrument and play with up to 4 players or 3 and one can control the Mic. and can supports up to 3 Mics for the songs that requires more than one singer. What separates this game from the rest is what was stated above either you love it or you hate it. If you love Greenday you will get into the songs and enjoy playing them and singing them. It's very easy to get sucked into Greenday's world but you will have so much fun listening not to mention playing their songs. 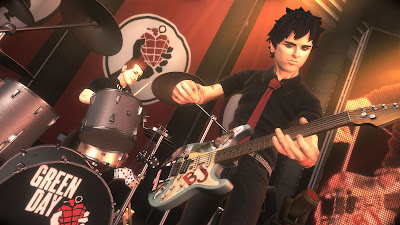 All songs in the game are of top quality. If you bump your TV up you will think you're playing with Greenday in one of their concerts as a special guest with the crowd cheering your every move. Of course reality will strike in when you miss a note and you hear that little bump sound. The whole purpose of the game is the songs and I think they couldn't have done a better job on GDRB when it comes to the audio department.

You don't need to be a pro to pick up and play Greenday Rockband, although it does help a lot. If not then the music will make you want to learn to play Rockband. You can start out as easy which gives you fewer notes than other difficulties but as you're playing it you'll be wanting to bump up the difficulty whether you're good at playing it or not. However if you do start sucking the other band members will start questioning your skills and they will try to do anything to distract the crowd from you sucking so bad. 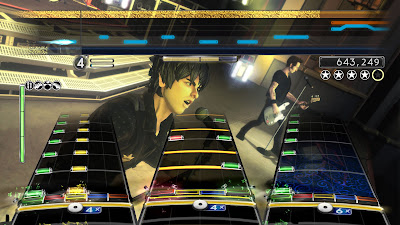 GDRB follows the same style as all the other Rockband games where they are aiming for a cartoonish look instead of trying to make it as realistic and it seems to work out great. The animation and art style really matches Greenday's attitude. There are several different themes which follow Greenday from rookies to rockstars. Animation moves smoothly and mimics the moves from Greenday band members Billy Joe Armstrong, Mike Dirnt and Tre Cool. This is all possible because Greenday themselves did all the motion captures themselves and all motions the animations make are the same movements Greenday make when at concerts and shows.

While all the songs are great and the crowd cheering pumps you up, I do wish they would have added band members pumping up the crowd by saying something in their original voices before starting the song. But adding this would take away from the whole rockband formula the developers have been following since the release of Rockband. 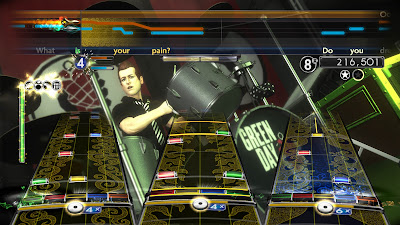 If you love Greenday you will definitely have fun playing. If you don't then why would you pick it up. Playing through story mode unlocks band pictures from the bands past and other goodies as well as videos. It would have been great if they would have added a custom feature to change what the band members wear but sadly they didn't. Also it wouldn't have hurt the developers to add Music videos or even a Live concert, Something extra to make the experience more entertaining. It's one of those extra features that would be nice to see in future Rockband: Insert Band Name Here titles but Even after the game is 100% complete, you will still find yourself going back time after time because Greenday's music is just great. What also great is that you can transfer all 47 tracks of the game into other rockband games to add to the collection that you already have. Greenday Rockband is a great game to play solo but it's even greater to play with friends while hosting a kickback. There is just no reason to get rid of this game. 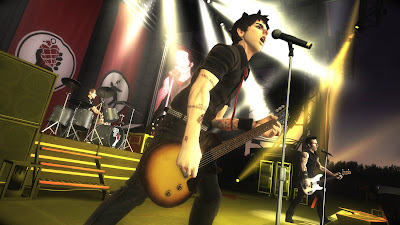 Final Comments:
Greenday. That's all I have to say. While the game only offers 47 songs all those songs can be transferred to other Rockband games. If you've played Rockband in the past then you will definitely want to pick up this game. If this is your first Rockband experience then Greenday Rockband is a great game to start off with if you're looking for something new and are a fan of their music. 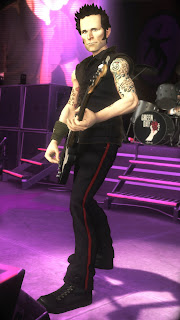 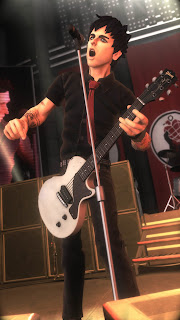 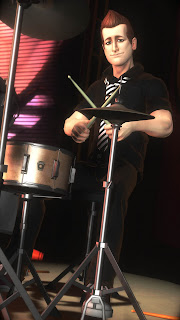