Goldeneye is a bad remake that hopes to cash in on the classic film. Or in this game a classic game. 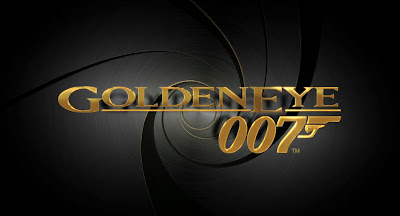 Goldeneye 007 is a remake of the classic game of the same name for the N64. It has updated graphics, updated story, new characters as and controls. Well you might call it a new game that just keeps the old name and some of the old characters. Even the new Bond has been implemented in the game. Goldeneye for the N64 revolutionized first person shooters and is considered one of the greatest games ever made. Does the new Goldeneye live up and even surpasses the old game or is it just one of those remakes that ruins a great classic. 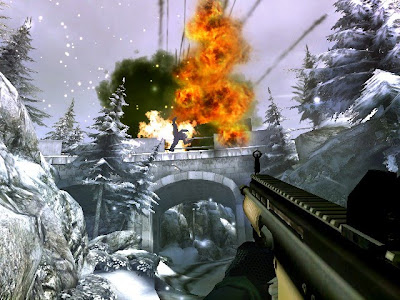 When you first boot up Goldeneye and start gameplay you will notice a few things different from the old one. First off the loading and screening menus have been changed. The loading screens have been changed to a satellite view of the globe and zooms in on target areas while you are being debriefed on your missions. This reminds me of Call of Duty Modern Warfare as it uses the exact same style. But the down side is while being debriefed the game doesn't load to the mission. As soon as debriefing is done the game still has to load the mission. Yes that's what we want after waiting for the game to load, more loading. 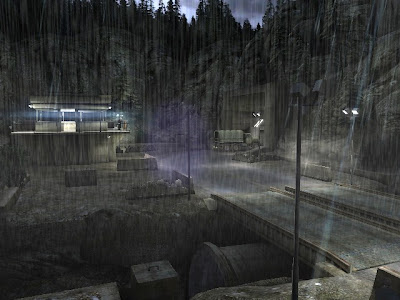 The story is almost kept the same with a few different elements. First of all the elements have all changed. In the first mission you are now joined by Alec in taking down enemies as well as help you get through certain areas. The levels in themselves are very linear as there isn't much room for messing around. 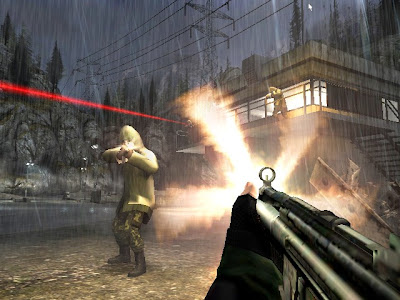 Each level contains a certain amount of missions that you must complete depending on the difficulty. You are guided by a radar which pin points where you have to go to next. It doesn't specifically tell you where it is so you must find your way there. Sometimes you will get lost because you followed the point to a dead end. However the most anal part of the pointer is when you must set chargers on something. This will confuse you in the first part of the game as you must set charges to the gas tanks but there's a specific part where you must set them. Some pointers will be high some will be low. The pointer will only point towards a certain part of the gas tank but will not allow you to place the explosive anywhere. 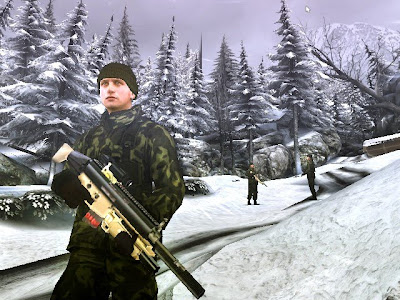 When playing Goldeneye I could see a lot of Call of Duty influences as well as a reference to Killzone. Although stated by the developer that they used the Dead Space Extraction engine, I believe the Call of Duty 4 engine for the Wii was used. 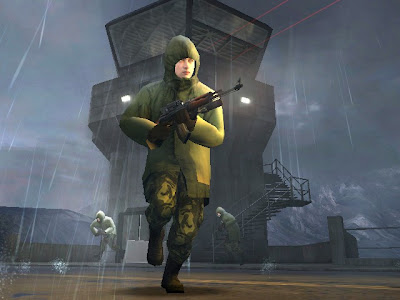 Graphically the game is decent at best. The Wii is very limited in hardware which can be seen all over Goldeneye. First of all you will notice that soldiers models are used over and over again as well as extras in the background. You will see a lot of items clipping into each other and the laws of physics being questioned. In the Siberia level, I entered an empty building with all windows intact yet the snow was still able to get in. The game is so dark that you have to adjust the brightness several times before you get it to your liking and even then it's still too dark. Setting the brightness too high and everything looks washed up. Bodies all disappear which gives it more of an arcade feel. That's not a bad thing but when trying to go for realism, it brings it into question. 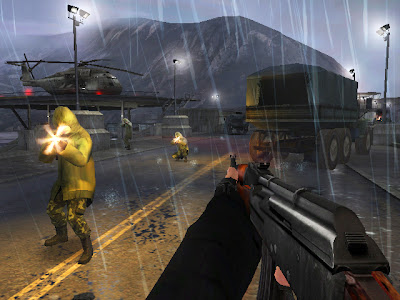 The effects in Goldeneye could have also been better. When reloading a weapon or focusing on a specific area, your screen will get blurry. This is actually more of a pain than a cool effect as you will not be able to focus on your enemy when reloading and when you finally finish reloading you still need to refocus on our enemy. What's great though is that auto-aim is implemented so all you have to do is aim at an enemy that's on sight and shoot. Lighting effects also needed a lot of work not to mention they forgot to add many destructible environments found in the original Goldeneye. There are more explosions though so I guess that's a plus. There are also some cover positions that are destructible which forces the player to constantly change strategies instead of just staying there, hoping that the fighting will die down. However this feature is useless as your enemies can still shoot through the damn concrete. This isn't a feature as it is more of a bug. In later levels the enemies will shoot through metal walls and if you're in the right spot, you can get hit and killed. It wouldn't be as bad if you had the same rights but you don't. 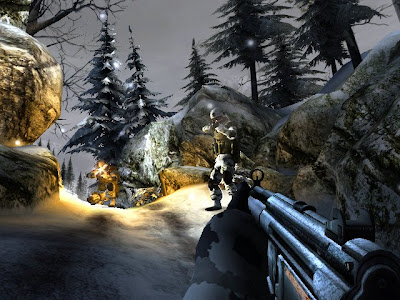 Controls are also another pain. When I first booted up the game I spend 30 minutes adjusting the Wii-motes sensitivity and 5 minutes of gameplay before switching to the gamecube controller. There is no middle when it comes to aiming as adjusting the X and Y axis will either be too loose or too tight. Besides the sensitivity of the Wii-mote the control functions as it should and it's probably the easiest to use. Not that I do not own a Classic controller and therefore I cannot test this game with it so I don't know if it's better for use with the classic controller or not. Controlling Bond with the gamecube gives you that FPS feel found in other FPS games but knocking down enemies can be a pain. To punch someone or perform a takedown you must press Z+B. It's not bad when you are in stealth mode but when everyone is out to kill you, it can be a pain to perform as you will constantly get confused. 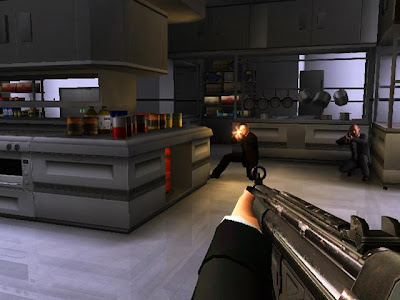 AI is very generic as they don't try to strategize or take proper cover. All they do is come out and shoot then go back into hiding. This makes gameplay somewhat boring as their patterns are easy to figure out which makes them easy to kill.
I will say that the game's soundtrack is easy on the ears. David Arnold who has worked on 4 Bond films was brought in to compose the game's sountrack. The intro song has also been by Nicole Scherzinger which covers the original Goldeneye intro song from the movie that is accompanied by a well done intro video. The sound effects were also well done from the environment to helicopters crashing into the ground. Voice acting could have been better for other characters. The reason I say other characters is because Daniel Craig not only lent his likeness to the game but also his voice. Judy Dench known as M, also lends her voice and both do a fantastic job playing their characters. I think the Helghast also make an appearance in bossing the soldiers in Goldeneye around. Whenever you are in a gun battle you will hear the radio conversations between the Soldiers and the commanders or the radio dispatch. The radio dispatch will literally sound like the Helghast soldiers from the Killzone series.
The only feature that Goldeneye retains from the good old days is the 4 player split screen. An added feature is the online multiplayer which features 8 characters from Bonds film past as well as 25 weapons. There are also game modifiers which include paintball mode, melee and of course the good old Golden Gun is also available. You can mix and match between modifiers or simply turn them off if you just want classic multiplayer. Goldeneye also features ranking matches in which you earn points for every kill you get. All of these features are a great addition to the game they almost remind me of CoD 4.
Closing Comments:
I think the devs were too full of themselves when making the game and saying this will surpass the original. It does appeal to a Halo, Gears of War and CoD crowd and it will entertain old fans alike but only for a few hours and if you can get past the bad control configurations, bugs and graphical issues then there's a good game to be had. The only original aspect of the game is the updated story, otherwise it borrows a lot of elements from Call of Duty 4 even down to the multiplayer. Seriously for about the same price of this game you can get an Original 64 with the Goldeneye game and still have some money left over for chips and drinks. This game is just like a bad remake of a once great movie or in this case a great classic game.
Gameplay: Bad control configurations for both the Wii and the gamecube and dumb AI will make you want to cry. 3/10
Graphics: Decent character models and environments although a lot of bad effects take away from the experience of being James Bond. 4/10
Sound: An excellent sound track with excellent sound effects. If only the voice over was a little better. 7/10
Story: An update to the original Goldeneye which brings it to the 21st century but some parts should have been left alone. 7/10
LifeSpan: Story mode last for a few hours and Multiplayer is decent at best if you enjoy a watered down version of CoD4 multiplayer with Bond characters. 6/10
Total Score: 54/100 - At best a rental, just to get it out of your system.
Posted by Donny De Leon