Are you ready to save Ashley for the 4th time?


Resident Evil now available on the App Store offers an Arcade style of gameplay while trying to survive a hoard of Las Plagas. The story is told in a 3rd person point of view in the form of a power point presentation with pictures.
Resident Evil 4 iOS is set up in stages rather than proceeding to places like in the console version. You kill all the enemies on the level then proceed to read through the story, purchase items and proceed to the next stage. Every now and then you will come across a boss battle so make sure you stock up and upgrade your weapons accordingly. 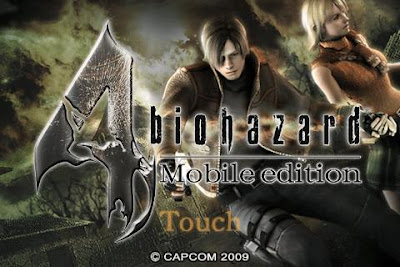 The Merchant made it to the game however he is only available before the stage starts. As you proceed though levels you collect gold and treasures to upgrade your inventory. This can be a difficult task as weapons and upgrades are very expensive you'll be lucky if you get to upgrade at least your hand gun. Just like the console version there are several weapons to choose from but you must sell your previous weapon in order to make room for it. 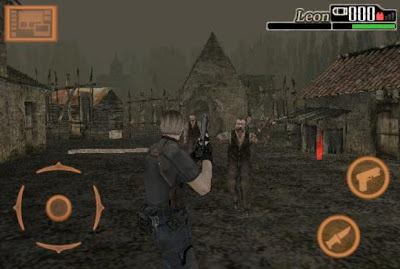 While on the stages themselves you must collect bullets to stock up your inventory. However bullets are very limited and hard to find that you'll find yourself running around the level trying to find some bullets. After you find those bullets you'll realize that you don't have the gun required to use them with. In the beginning you will run into a lot of these events because you can't afford a new gun. You can always use your knife if you run out of bullets however the range is so close to Leon that whoever you're trying to stab will most likely stab you first. Fighting against a Boss is most likely instant death. 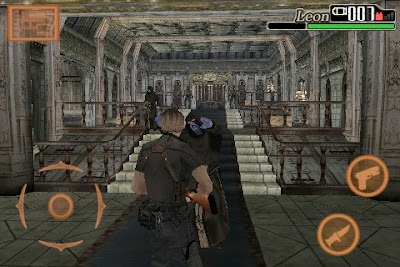 Just like other Resident Evil titles, Resident Evil 4 includes a mercenaries mode which lets you select certain weapons an you must survive with what they give you. Mercenaries will take you through the same levels and you must complete them before the timer runs out. 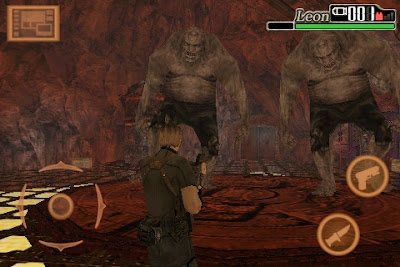 Resident Evil 4 iOS has some of the best controls available in any game. Each button has multiple commands for example aiming and shooting use the same button. The D-Pad is very responsive to leans movement you'd think you're playing this on a console. The D-Pad also doesn't get in your way that it blocks whatever is hiding in the corner. This is probably some of the best controls for this type of game available. 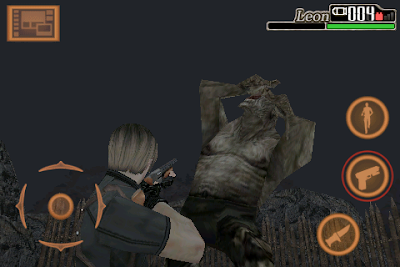 Graphically the game is amazing. It truly captures the atmosphere of Resident Evil 4. The animation is also very smooth for both Leon and Las plagas without no frame rate drop with multiple enemies on the Screen. Although be advised when reviewing this game, it was done on an iPhone 3GS. I do not know if the same applies for the iPhone 3G or even the 2G.The characters are very detailed it could actually rival the graphics of the PSP.
The sound effects are also on par with the graphics. The developers of the mobile version of Resident Evil 4 did an amazing job with this. Although not much voice over is going on there doesn't really need to be as a group of locals coming to get you pretty much paints the picture of what's going on. 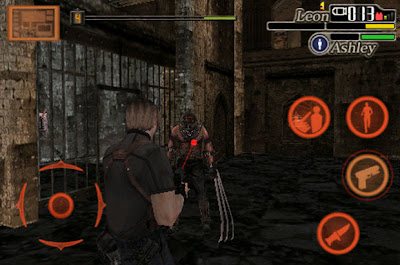 Resident Evil 4 originally had 12 chapters but a new update it now has 14 chapters. Although it will only take you a couple of hours to beat, in the future more chapters might be added increasing the replayability. There's really not much else to do in the game after that and playing the same levels over and over again can get boring after the second time around for this type of game. There is a Coin Shooting game and a Mercenaries mode but that can only keep you entertained for so long. 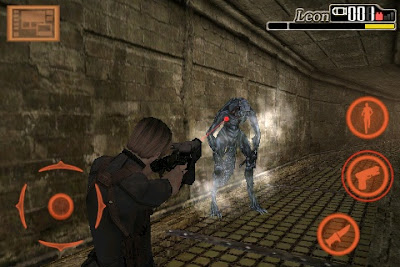 Closing Comments:
Resident Evil 4 Mobile Edition puts you back in control of Leon Kennedy for short burst of fun gameplay. The controls are rock solid for a touch screen game and the ambient is on par with the console version. It may not offer the same type of entertainment as it's console version and at times it can get challenging with the lack of bullets in certain stages but Resident Evil 4 will definitely satisfy any Resident Evil fan who wants to take the survival horror on the go. At least until the launch of the 3DS and the newly announced Resident Evil titles in development for the console.
GamePlay: Great controls and a fast paced environment will have you think twice before charging towards your enemy. 8/10
Graphics: Some of the best the iPhone has to offer. 10/10
Sound: Great sound effects and great ambient sound will suck you into the world that Leon has to face. Be careful not to trip in that rock in front of you. 9/10
Story: Follows the same story of Resident Evil 4 for console's but its cut short due to the iPhone's limitations and the 3rd person narration will have you saying WTF. 6/10
LifeSpan: Takes about 2 hours to beat but new levels have been added with the newest update. Hopefully this trend can continue. 7/10
Total Score: 80/100 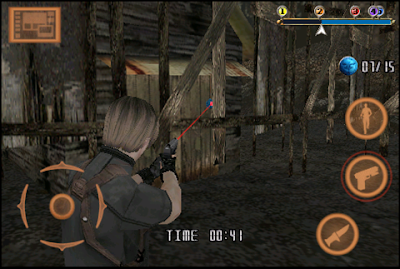 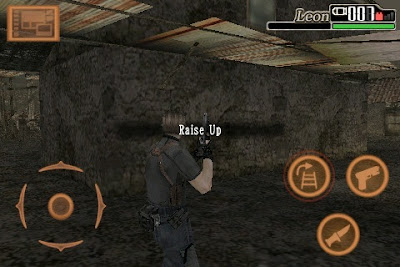 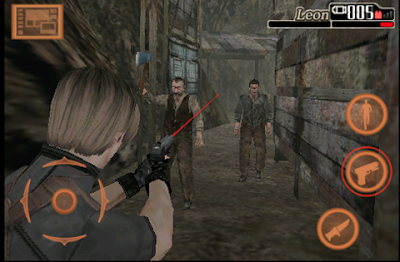 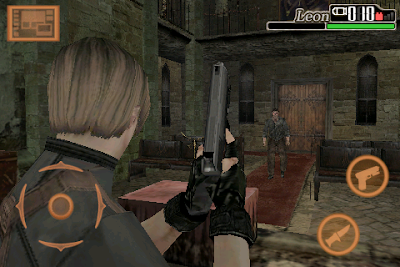