Probably one of the best if not the best compilation of games in the history of the world.

Is there a better compilation out there than the MagaMan X Collection in one disc. Probably but this here is the holy grail for all of MegaMan X fans out there a collection featuring MegaMan X - X6. The first 3 MMX games were on Super Nintendo and I'm surprised they did not call it Super MegaMan X because that would have been lame. Later MMX games X4 - X6 came out on the PlayStation but still featured the same 2D sidescrolling ass kicking gameplay from previous games. Then of course we got X7 and X8 on PS2. X7 is the spoiled spaghetti from 3 weeks ago as it left gamers with a bad taste in their mouths not to mention they turned X into a woman minus the sex change. X8 was ok but that's for another day but for today let's focus on one of the if not the greatest collection out there MegaMan X Collection. 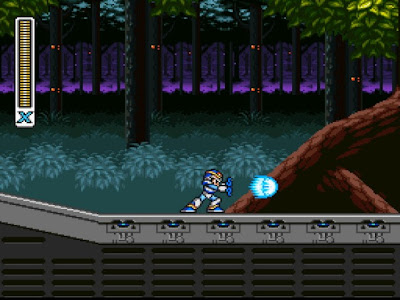 If you are not familiar with X's story here's a short overview. First of all this is no MegaMan 10 as many people confused it this is a new story on its own which spawned several offspring's such as MegaMan Zero which was a great series and MegaMan ZX which was a less than OK series. Dr. Light the original creator of MegaMan designed and built X with the ability to make his own choices but was afraid that humans in his era would not accept X so he locked him up for 100 years. Later during an excavation Dr. Cain uncovered X and would go on and use the same design to build other robots with the ability to think for themselves. This of course led to robots rebelling against the humans and other robots. They were known as reploids and with the help of Zero X must stop them at all costs. But the big boss of them all is Sigma. 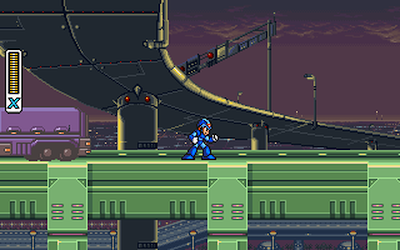 The whole story leads to a virus which is implanted on Zero which is told in MMX5. The virus is released and Zero sacrifices himself to destroy the virus but fails as the virus is released and infects almost all robots on earth. Zero is presumed dead and this was supposed to be the last MMX game but because of its success the creators went on to make MMX6. Which features the return of Zero and his forever slumber which sets off the series MegaMan Zero but with X7 and X8 not to mention Command Mission which is an MMX RPG that reality practically went to the trash. 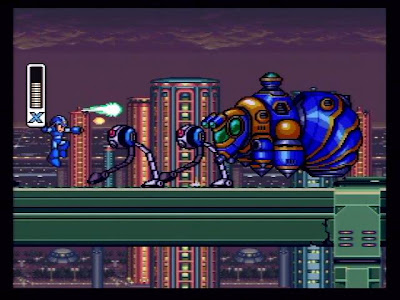 MMX Collection is available on the Gamecube and PS2 with the PS2 being closer to the SNES version for its controller layout. If you are a veteran you will feel at home on the PS2 version and but the gamecube version also works well but if you're a new comer it really doesn't matter what version you choose as you will adjust to the control layout.
Gameplay is classic sidescroller platformer. There is always an intro stage which introduces the scenarios and then you move on to fight 8 Bosses. Each boss has a weakness which will throw them off valance and kills them faster. In order to succeed, you must learn the enemies pattern and plan ahead. If you don't have the right weapon then you can use your X-Buster but for an effective shot you must charge it which takes 3 seconds while avoiding every obstacle. You must also collect 4 armor pieces which include head, legs, body and X-Buster. 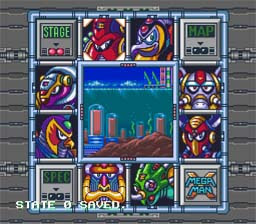 Throughout each game each armor does something different but it's never the same across all games. In later MegaMan X Games you will get multiple armors. You must also collect Sub Tanks which stores health. There are a total of 4 Sub Tanks which really come in handy. There are also 8 life tanks which increase your HP. They are scattered throughout the 8 levels and to reach some of them you must have certain items or have defeated a certain boss. Of course there are times when that isn't enough and you must use your head in order to obtain the item. 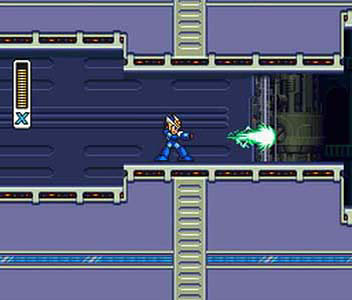 After defeating all 8 levels you will move on to fight Sigma but not after you beat 3 more levels on top of defeating all the 8 Bosses again. This time they're really easy since you have all power ups. For each enemy there is always a weakness to them including sigma. There are also online challenges for some games in which you must complete the game without having any power ups other than the regular power ups you collect from every defeated boss. This is more of a community type challenge but it's always fun to try new things. 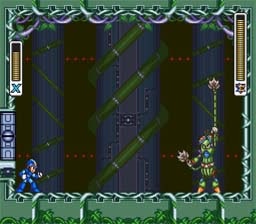 MegaMan X doesn't feature fancy graphics and even when it made its move to the PlayStation it still retained the classic 2D sidescroller. This has worked out great and even in future MegaMan titles they still retains the classic sidescroller. We saw what happened when MMX went to 3D and it's not pretty. Another mascot suffered the same fate when it made the jump to 3D and it took them years to get back on track with Sonic Colors. The animation is smooth and for this type of game it works great. The only drawback that I can think of is the cut off section when playing on an HDTV on the PS3. At times the sync is not on par and the images will get blurred out or lines would disappear from an enemy. The only game different from all the other X titles is X4 which was a PlayStation Exclusive for consoles. It featured 3D graphics with 2D sidescrolling. People today call that 2.5D although that isn't really doing any game justice. 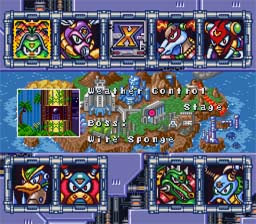 The Soundtrack for all games are great. In Japan who we know as MegaMan was originally supposed to be called RockMan for it's great music. MegaMan X features some of the best musical scores of any game. Even today there are many people out there covering songs from MMX and it sounds great. The only game that featured any voice overs was MMX6 but that was removed for this collecting.  MegaMan X 4 does feature voice overs via FMV with MMX4 - X6 featuring grunts whenever X and Zero jump or get hit. 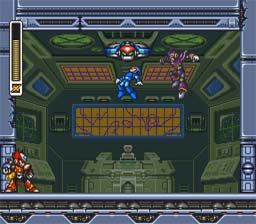 With 6 games and an extra racing game never released in the US, you will be playing MMX Collection for 12+ hours if you speed run through the game and collect everything. All MMX games are really fun to play and you will find yourself going back to play the same games over and over again. I personally have beaten MMX 1,2,3 and 5 many times and still go back to play it over again. I've yet to beat X4 and X6. X4 also has 2 different stories; one being X's story and the other being Zero's story. You can also challenge yourself to see how fast you beat one out of the 6 games in the collection or gather a group of friends bet some money and see who can beat  a certain level the fastest. 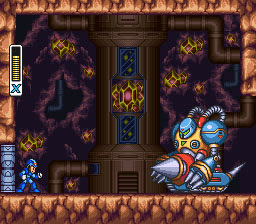 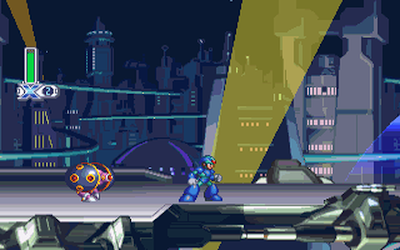 GamePlay:  Classic 2D sidescrolling and a wide variety of weapons and power ups not to mention extra's like the Golden Armor. 10/10
Graphics: Great graphics even by today's standards although you will get the occasional cut off images. 9/10
Sound: Probably one of the best soundtracks of any generation. Even today people still listen and cover songs from MegaMan X. 9/10
Story: All games tie into one big story line and while there may be holes between MegaMan, MegaMan X and MegaMan Zero all those  gaps are left to your imagination while still giving you clues during gameplay. 10/10
LifeSpan: 7 games with 6 main event games will bring you 12+ hours of entertainment not to mention personal challenges that will bring you bragging rights. 10/10
Total Score: 96/100
Posted by Donny De Leon